Ruja Santa and her limited means

Ruja Santa a 32 year old woman farmer from the village of Ghomkapadar in Kundra block of Koraput district was cultivating a single crop in a year with her six acres of land, but today in 45 cents of land she is growing two crops. Ruja was in the past struggling to feed her family of four.

Ruja is provided with a new model and extension services:

In January 2019, Harsha Trust organised a meeting and discussed methods of developing a ‘round the year vegetable production model’. All the women farmers agreed with the proposal and within the group, Ruja cultivated Brinjal (VNR 212) in her 45 cents of land. Ruja along with the other women farmers went through a series of agriculture extension training on Brinjal and other crop like Onion, Tomato, etc.

Expenses of Cultivating Brinjal in a 45 cent patch.

Ruja Santa and her husband sold the total produce after harvesting, which was 3200 kg of Brinjal @ Rs 15.00 per kg. Production was also affected in some patches due to the heat waves in the summer season. She earned a gross sale amount of Rs 48,000 and after deducting the initial expenses her net income was Rs.38, 400/- from just 45 cents of land. As a result of Covid-19, and the subsequent lockdown, her brinjal’s sold briskly in her village, as no one could venture to the local markets at a distance. 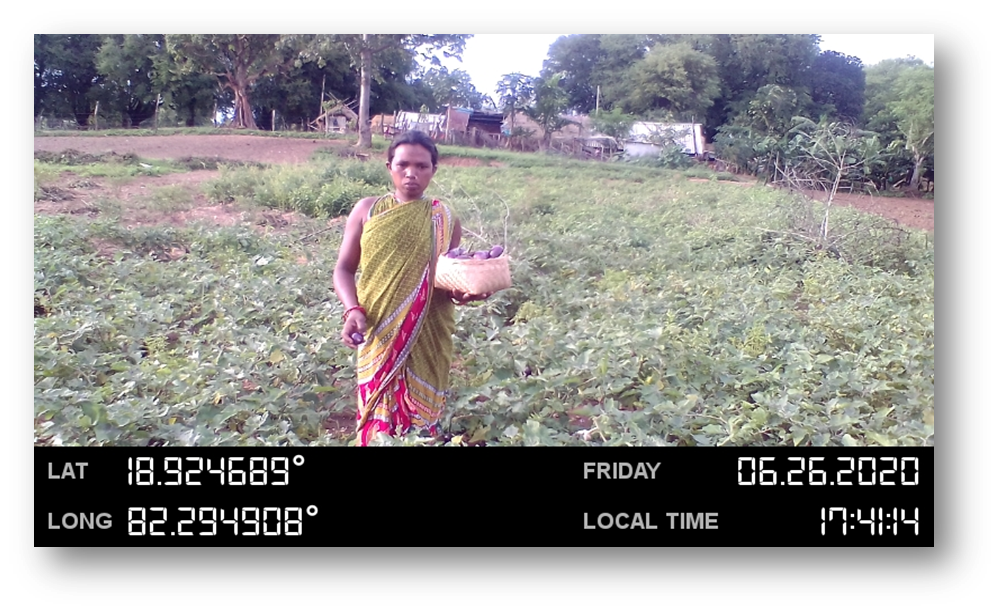